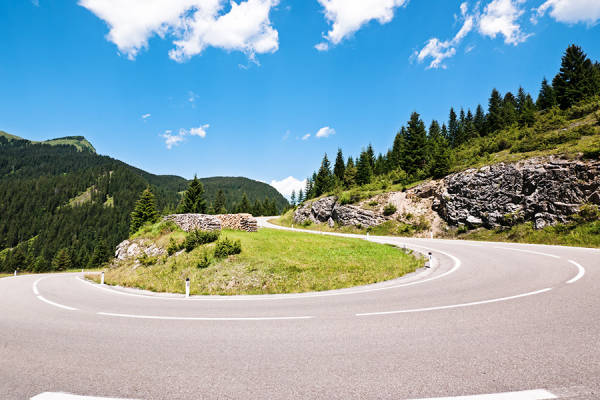 India is home to some of the most stunning destinations in the world. From its snow-capped mountains to its crystal clear beaches, there’s something for everyone here. Whether you’re looking for a relaxing getaway or an adrenaline-filled adventure, India has it all. But with so many options, it can be hard to decide which places to visit and what activities to undertake. To make your job easier, here is a list of the top 10 tourist places in India that are sure to amaze and enthrall you with their beauty and culture. So read on and start planning your next trip today!

Here are some of the best places to visit in India:

1. Agra – The Taj Mahal is one of the most popular tourist destinations in India, and for good reason. This beautiful mausoleum was built by Mughal Emperor Shah Jahan in memory of his late wife Mumtaz Mahal, and is considered one of the finest examples of Mughal architecture.

2. Jaipur – The “Pink City” of Jaipur is another must-visit when travelling to India. This city is known for its stunning architecture and vibrant culture, with plenty of temples, palaces and museums to explore.

3. Kerala – Kerala is often referred to as “God’s Own Country” thanks to its natural beauty, and it definitely lives up to its name. From the stunning backwaters to the picturesque beaches, there’s plenty to see and do in Kerala.

4. Mumbai – Mumbai is a bustling city that’s full of life and energy. From the iconic Gateway of India monument to the chaotic markets, there’s something for everyone in Mumbai.

5. Delhi – Last but not least, Delhi is the capital city of India and home to some amazing historical sites such as the Red Fort and Jama Masjid mosque. There’s also plenty of great shopping and dining options available in Delhi.

The City of Taj- Agra

The city of Taj- Agra is a major tourist destination in India. The city is home to the world-famous Taj Mahal, one of the Seven Wonders of the World. Agra is also home to many other historical monuments and sites, making it a must-visit destination for tourists from all over the world.

Some of the other popular tourist attractions in Agra include the Agra Fort, Fatehpur Sikri, Akbar’s Tomb, Itimad-ud-Daulah’s Tomb, and the Jama Masjid. Visitors can also enjoy shopping for souvenirs and handicrafts at the many markets and shops in the city. There are also a number of short excursions that can be taken from Agra to nearby places such as Mathura and Vrindavan.

Leh in the Little Tibet

Leh, the capital of Ladakh, is a picturesque town located in a remote and mountainous region of India. Despite its remote location, Leh is one of the most popular tourist destinations in India. The town is often referred to as the “Little Tibet” due to its Tibetan culture and architecture.

Leh is home to numerous ancient Buddhist monasteries, which are some of the most popular tourist attractions in the region. Other popular tourist activities in Leh include trekking, mountain biking, and jeep safaris. Leh is also an excellent base for exploring the nearby Nubra Valley and Zanskar Valley.

The Venice of the East- Alleppey

Alleppey, often called the Venice of the East, is one of India’s most popular tourist destinations. Situated on the banks of the beautiful Kerala Backwaters, Alleppey is known for its houseboat cruises and serene atmosphere.

Alleppey is a perfect place to relax and unwind. Spend your days exploring the backwaters by boat, stopping off at small villages and islands along the way. And in the evenings, take a sunset cruise down the river to watch the sun set over the water.

If you’re looking for a more active holiday, there’s plenty to do in Alleppey too. Visit some of the local temples and mosques, go on a bird watching tour, or hire a bicycle and explore the countryside. There’s also an excellent range of restaurants and cafes to try in Alleppey, serving both local and international cuisine.

So whether you’re looking for a relaxing break or an action-packed holiday, Alleppey is sure to have something for you.

Gokarna in Karnataka is one of the top tourist places in India. Situated on the Arabian Sea, this small town is famous for its beaches, temples, and Ayurvedic centers.

Beaches: Gokarna has some of the best beaches in India. The most popular ones are Om Beach, Kudle Beach, and Gokarna Beach. All these beaches have beautiful scenery, clean water, and plenty of activities to keep you busy.

Temples: Gokarna is home to several temples that are worth visiting. The most popular ones are Mahabaleshwar Temple, Ganapati Temple, and Naganath Temple. These temples are not only religious centers but also offer stunning architecture and artwork.

Ayurvedic Centers: Gokarna is also known for its Ayurvedic centers that offer treatments for a variety of ailments. If you are looking for a place to relax and rejuvenate, then these centers are worth checking out.

The Land of Monasteries- Gangtok

Nestled in the Himalayan mountains, Gangtok is the capital of the Indian state of Sikkim. It is a popular tourist destination, with its Buddhist monasteries, wildlife sanctuaries and scenic views.

The city has many Buddhist monasteries, which are popular tourist attractions. The most notable ones are the Rumtek Monastery, the Enchey Monastery and the Pemayangtse Monastery. Gangtok is also home to the Tsongmo Lake, which is a sacred lake for Buddhists.

The city offers stunning views of the Himalayan mountains, and is a base for trekking and mountaineering expeditions in Sikkim. It is also home to several wildlife sanctuaries, including the Khangchendzonga National Park, which is a UNESCO World Heritage Site.

Manali is a paradise for couples and honeymooners. With its snow-capped mountains, lush green valleys and scenic views, Manali is the perfect place to escape the hustle and bustle of city life and enjoy some quality time together. There are plenty of romantic things to do in Manali, from taking a cable car ride to the top of Solang Valley to visiting the ancient temples at Vashisht Village. If you’re looking for somewhere special to stay, the 5-star Luxury Swiss Resort & Spa is the perfect choice, with its private cottages nestled in an idyllic setting.

The Pink City of Jaipur is one of the most popular tourist destinations in India. It is known for its beautiful pink sandstone architecture and its rich culture and history. Jaipur is also a great place to shop for traditional Indian arts and crafts. Here are some of the top tourist attractions in Jaipur:

The City Palace: The City Palace is one of the most popular tourist attractions in Jaipur. It was built by Maharaja Jai Singh II in 1727 and is a complex of several buildings, courtyards, and gardens. The palace complex houses a museum, which has a collection of weapons, paintings, and sculptures.

Hawa Mahal: Hawa Mahal is a five-story palace made of pink sandstone that was built in 1799 by Maharaja Sawai Pratap Singh. It has 953 windows that were designed to allow air circulation and to keep the palace cool. Hawa Mahal is open to the public and houses a museum with a collection of Rajasthani arts and crafts.

Jantar Mantar: Jantar Mantar is an astronomical observatory that was built by Maharaja Jai Singh II in 1728. It has 19 large instruments that were used for observing the movements of the sun, moon, planets, and stars. Jantar Mantar is open to the public and offers guided tours.

Amer Fort: Amer Fort is a fort located in

The City of Nawabs- Lucknow

Lucknow, the city of nawabs, is one of the most prominent tourist destinations in India. The city is renowned for its rich culture and heritage. It is also home to some of the best cuisines in the country.

The City Palace, Bada Imambara, Chota Imambara, Rumi Darwaza, Asifi Imambara are some of the must-visit places in Lucknow. The city also has a number of parks and gardens that are worth exploring.

For those interested in shopping, there are a number of markets in Lucknow that offer a wide variety of items. The city is also well-connected to other parts of the country by road, rail and air.

The City of Joy- Kolkata

Kolkata, the City of Joy, is one of the most popular tourist destinations in India. The city is renowned for its rich culture and heritage, and is home to some of the most important historical landmarks in the country. Kolkata is also a great place to enjoy traditional Indian cuisine, and to shop for traditional Indian handicrafts and spices.